Share
Facebook Twitter LinkedIn StumbleUpon Tumblr Pinterest Reddit WhatsApp Telegram Share via Email Print
Share
The Warri and Port Harcourt refineries are back on stream, producing for local consumption, Central Bank of Nigeria (CBN) governor Godwin Emefiele said yesterday.
Consequently, Nigerians will soon “start to see a drastic drop in the importation of refined petroleum products,”  Emefiele said  at the end of the bimonthly Monetary Policy Committee (MPC) meeting in Abuja.
The Kaduna refinery will follow suit next month, he said. He also threw light on the rise in Nigeria’s foreign reserves.
The major reason, according to him, is the plugging of leakages in the system.
He urged Nigerians to begin to adopt best practices in their dealings giving the disposition of the new government. The Committee underscored the imperative of growing and protecting the country’s foreign reserves and building fiscal buffers in the process of strengthening confidence in the economy which is essential for promoting growth and stability
Emefiele described  federal government’s   recent financial  aid to the states as a loan because the CBN  stepped  in  as a lender of last resort. The CBN he said will encourage benefiting state governments to diversify their Internally Generated Revenue (IGR) bases adding that more details of the bailout will soon be made public.
On inflation, the Committee stressed that “some of the drivers of the current pressure on consumer prices are transient and outside the direct influence of monetary policy.  Pressure on food prices is expected to gradually wane as the planting season gives way to harvests in the months ahead. Early resolution of fuel scarcity would dampen transportation costs and improve food distribution across the country while improvements in electricity supply could steady output at lower costs.”
As for the national currency the Naira,  Emefiele said the CBN cannot continue with intermittent devaluation of the Naira because the Naira is appropriately priced. According to him, “if there is any need to change the value of the Naira, Nigerians will be informed.”
The relatively stable exchange rate in the inter-bank segment, the CBN governor noted “can be attributed to the effects of some recent demand management measures.
Gross official reserves increased from US$28.57billion at end-May 2015 to $31.53 billion as at July 22, 2015, reflecting the blockage of leakages as well as the bank’s management policies.”
At the end of the MPC meeting members of the committee voted to  retain the Monetary Policy Rate (MPR)/Interest rate at 13 per cent with a corridor of +/- 200 basis points around the midpoint; retain the Cash Reserve Ratio (CRR) at 31 per cent; and retain the symmetric corridor of 200 basis points around the MPR.
Overall, the Committee expressed optimism that business confidence would continue to improve as Government continues to unfold its economic plans.
Emefiele said  that  ”some of the reassuring measures of the administration including efforts aimed at resolving fiscal challenges at the sub-national levels, and the fight against corruption and improving the business environment would unlock the inflow of foreign direct investment.” 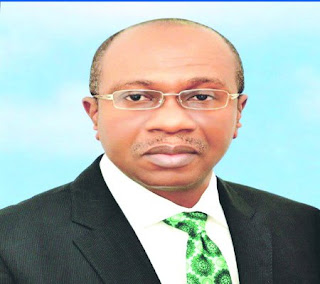 US Senator, Leahy Tells Buhari: Clean Up Your Military