Share
Facebook Twitter LinkedIn StumbleUpon Tumblr Pinterest Reddit WhatsApp Telegram Share via Email Print
Share
Ericsson, the world’s No.1 mobile network equipment maker, beat second-quarter sales and profit forecasts and said its mainstay North American business had stabilized after three quarters of declines, lifting its shares as much as 6 percent.
Mobile operators in North America, which accounts for about a quarter of Ericsson’s turnover, have largely finished building out the latest 4G networks, meaning suppliers are having to focus on upgrading congested parts of existing networks there.
Analysts said the rebound in beaten-down Ericsson shares reflected investor relief over the leveling off in its U.S. business and better margins, excluding the effect of restructuring charges, rather than an improvement in fundamental demand.
“We see stabilization,” Ericsson CEO Hans Vestberg said of the U.S. business on a call, adding “we are operating still on a lower operating level compared to last year.” He declined to forecast when U.S. sales growth might rebound.
The Swedish firm also reported sales growth from the fast roll-out of 4G networks in China as well as demand in India, the Middle East and south east Asia, offsetting weakness in Japan.
“Overall, we believe this is a broadly encouraging set of results, especially in terms of margins,” said Societe Generale analysts, who have a ‘buy’ rating on Ericsson shares,
The broker said the key to second-half results would be growth in the United States, which could be clarified when major customers AT&T and Verizon post results next week.
Ericsson shares were up 4.4 percent at 94.25 Swedish crowns at 0930 GMT (0530 EDT). Prior to Friday, the stock had dropped 4 percent this year, underperforming the STOXX Europe 600 Technology index, which had gained 14 percent.
Second-quarter sales came in at 60.7 billion crowns ($7.1 billion), topping analysts’ average forecast of 58.6 billion.
Turnover grew 11 percent, buoyed by currency translation effects. On a like-for-like basis, turnover declined 6 percent.
Operating profit was 3.6 billion crowns compared with 4.0 billion in the year-ago quarter, beating a mean forecast of 2.8 billion in a Reuters poll of analysts.
The operating margin in Ericsson’s key networks unit, which accounted for just over half of sales last year, hit 8 percent, up from just 2 percent in the first quarter.
Ericsson said it accelerated restructuring of its workforce, leading to a net loss of 1,700 jobs in the quarter, mainly in its home market. The company took second-quarter restructuring charges of 2.7 billion crowns compared with 614 million in the first quarter.
As a result, the gross margin declined from levels above 36 percent to 33.2 percent against a mean forecast of 34.7 percent.
The company has set a goal of saving 9 billion crowns per year by 2017 from 2014 levels.
Margins were also hurt by increased sales of lower priced gear in the fast-growing Chinese market, and a decline in patent revenue tied to a patent dispute with Apple Inc and increased services revenue, which carry lower profit margins. 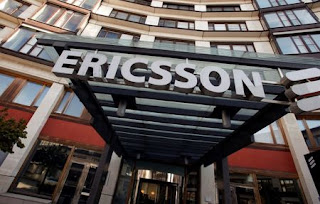 Blacks get pass mark from coach after beating Pumas