Share
Facebook Twitter LinkedIn StumbleUpon Tumblr Pinterest Reddit WhatsApp Telegram Share via Email Print
Share
House of Representatives Speaker Yakubu Dogara is battling to fend off allegations that he blew N66 million on chartered aircraft.
His aides and associates yesterday said about N3.9million was spent on an 80-minute return trip from Abuja to Delta State.
They said the money was Dogara’s and not the National Assembly’s.
The Speaker last week chartered an aircraft to attend the inauguration of a church.
It was learnt that the Speaker decided not to use any aircraft in the presidential fleet because the trip was “private”.
A few days after the trip,   some House members are claiming that such “a tasty lifestyle” is not in line with Dogara’s “Legislative Agenda”.
Although House members are on holiday, the matter is being circulated among them.
A pro-Dogara source described the insinuations as “politically motivated” because of the intrigues in the House.
Some lawmakers queried  the sources of funding such trips since the movement of the Speaker is bankrolled by the National Assembly.
A member of the House, who spoke in confidence, said: “The chartered aircraft palaver is being circulated among House members because of the alleged N66 million cost. We do not know whether the amount was real or imaginary. But it remains in the realm of allegation.
“The challenge is that he who comes to equity must do so with clean hands. With the robust Legislative Agenda put in place by Dogara, this is no time for such a luxury. The same House of Representatives joined issues with the immediate past Minister of Petroleum Resources on the charter of a Bombardier aircraft.
“Dogara needs to explain to members what really transpired. No APC member is expected to indulge in this type of luxury because the party came into office with an austere agenda.”
Dogara, who is said to cherish Christian ethics, is reportedly weighed down by the allegation .
The row over the chartered aircraft was said to have disturbed Dogara who felt there was a deliberate attempt to rubbish his image by some “political detractors”.
The Speaker was said to have reached out to as many members as possible to explain that he did not dip his hands into the National Assembly’s coffers.
Dogara’s aide said: “I am under instruction not to comment because it appears that those behind the allegation of N66million have another motive.
“As at the time the Speaker made the trip to Delta State, there was no commercial flight at all.
“It became necessary for him to use a chartered aircraft. The cost of the service was only N3.9million for a 40-minute flight to and from Delta State. Altogether, it was 80 minutes. And the aircraft only dropped the Speaker and returned to pick him and his entourage after his church assignment. Let me also clarify that the Speaker does not own a private jet.”
A Non-Governmental Organisation, the Credible Alternative Alliance (CAA), under the national leadership of former Kaduna State Governor Balarabe Musa has cautioned “political merchants and enemies of good governance” against joining issues with Dogara “in their desperation to pull him down”.
Speaking to journalists at the National Assembly Complex in Abuja, the spokesman of the organisation, Mallam Sanusi Muhammad, said the recent financial allegation against Dogara was “meant to ridicule his personality and portray him as a scandalous leader that should not be trusted”.
Sanusi added that the allegation that the Speaker blew N66 million on a chartered aircraft was an imagination of the social media and sponsors of the story to achieve a hidden agenda against Dogara.
He said:  “We investigated the allegation from the airline operators and found it to be false and malicious. No airline charges such a colosal amount on chartered aircraft anywhere in Nigeria and the case of Dogara cannot be different.
“The aircraft was chartered from his personal savings not as mischievously reported. He deserves the right to make a judicious use of his personal resources for his comfort. Political detractors and agents of doom were behind the news story that should be ignored. We should learn to say the truth no matter what.”
Muhammad  said although Dogara is yet to be fully recognised as the duly elected Speaker of the Honorable House by a select few within the ruling party who have their reason (s), but an attempt to ridicule his reputation through baseless allegations is not the solution to the leadership crisis threatening the unity of the ruling party and the Honorable House.
“APC leaders should strive to bury their imaginary differences to forge ahead as the formidable party it is. Asiwaju Bola Tinubu and other leaders should act fast to arrest the situation in the interest of democracy of good governance while planning for future encounter”, he added. 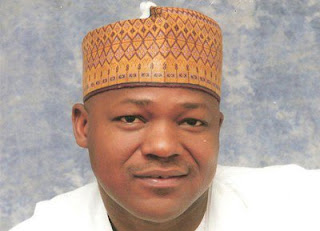 Bombs kill around 50 in Gombe state in Nigeria

Blacks get pass mark from coach after beating Pumas