Share
Facebook Twitter LinkedIn StumbleUpon Tumblr Pinterest Reddit WhatsApp Telegram Share via Email Print
Share
By Mark Hosenball
A U.S. Congressional panel is expected on Wednesday to approve the first funding Congress has targeted specifically at programs to stop Islamic State and other militant groups recruiting Americans, congressional aides said.
A bill sponsored by Republican Representative Michael McCaul, chairman of the House Homeland Security panel, would provide $10 million per year for four years starting October 1 to the Homeland Security Department.
The funds would help communities and government agencies develop programs to prevent the radicalization and recruitment of Americans through the Internet and other channels.
The bill, which would need approval by both chambers of Congress, would set up a permanent “Office for Countering Violent Extremism” in the department. At present, congressional and administration officials said, the Homeland Security Department has only a small office working on anti-extremist issues.
Until now, officials added, even though both Congress and the administration of President Barack Obama have promised extensive federal government engagement in efforts to “counter violent extremism,” Congress has not set aside any money for it.
While government departments have sometimes used existing funds for anti-radicalization efforts, congressional aides said the government has at most 24 full time employees working on it.
U.S. investigators say 80 percent of Americans linked to activities supporting Islamic State and other militant movements have radicalized themselves over the Internet without direct contact with militants abroad.
Congressional aides said the State Department has set up a special unit to monitor propaganda, including social media messaging, by Islamic State and other militant groups and to craft messages intended to blunt the militants’ appeal. 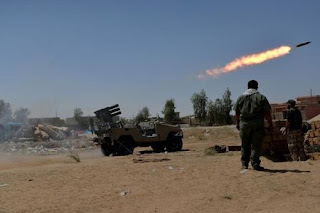 No disagreement between Tinubu and Mr president Buhari