Share
Facebook Twitter LinkedIn StumbleUpon Tumblr Pinterest Reddit WhatsApp Telegram Share via Email Print
Share
By Damilola Oyedele
Spain has emerged as one of the biggest importers of Nigeria’s crude with 2014 purchase worth €6.5 billion, representing 40 per cent of Spain’s gas consumption, and 80 per cent oil consumption in the same year.About 40,000 Nigerians currently live and work in Spain.
The Ambassador of Spain to Nigeria, Mr. Alphonso Sebastian de Erice presented these figures as evidence of a blossoming Spanish-Nigeria business ties during a courtesy call on the Speaker of the House of Representatives, Rt. Hon. Yakubu Dogara, in Abuja Tuesday.
The envoy also disclosed that an invitation had been extended to Nigeria’s Foreign Ministry to dialogue with counterparts from 15 other nations at the meeting of Counter-Terrorism Committee coming up in Madrid on July 28, 2015.
Both countries are currently non permanent members of the United Nations Security Council.
“Spain has also suffered terrorism attacks. In 2004,  200 people were killed in the Metro in Madrid. We would like to support Nigeria in the anti-terrorism fight…you can count on Spain in development, security,immigration and other issues,” he said and expressed the condolence of his government over the recent terrorist attacks in Maiduguri.
Dogara, in his response disclosed that Nigeria needs assistance in intelligence sharing on terrorism, human trafficking and other issues that constitute social problems.
He urged Spain to encourage its business owners to invest in non oil sectors of the Nigerian economy such as agriculture, manufacturing, tourism and energy.
Dogara called for the sustenance of the Nigeria-Spanish Parliamentary Friendship Group. 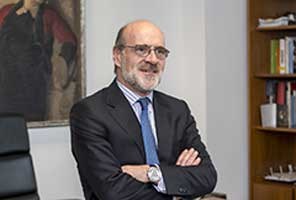