Share
Facebook Twitter LinkedIn StumbleUpon Tumblr Pinterest Reddit WhatsApp Telegram Share via Email Print
Share
Go Set a Watchman,” the much-anticipated second novel by “To Kill a Mockingbird” author Harper Lee, is the most pre-ordered print title on Amazon.com since the last book in the “Harry Potter” series, Amazon said on Thursday.
The online retailer said the novel, to be published on July 14, 55 years after Lee’s classic “To Kill a Mockingbird,” was already the No. 1 best-selling book on the website.
It is the most pre-ordered book on Amazon.comsince J.K. Rowling’s “Harry Potter and the Deathly Hallows” in 2007 – the seventh and final novel about the British teenage boy wizard.
Amazon did not provide figures for either book but publisher Harper, an imprint of HarperCollins, said it had ordered an initial U.S. print run of 2 million for “Go Set a Watchman.”
Harper astonished the literary world in February when it announced it would publish a book that only a few people knew existed.
Harper said at the time that the manuscript came to light recently after Lee’s lawyer discovered it in a safety deposit box with the original manuscript of “To Kill a Mockingbird.”
It was written in the 1950s before Lee, now 89 and in an assisted-living facility in her home state of Alabama, penned her 1960 Pulitzer Prize-winning masterpiece. She then largely retired from public life.
“Watchman” features lawyer Atticus Finch 20 years after the events depicted in “Mockingbird” as his adult daughter Scout returns to visit him in the fictional town of Maycomb, Alabama.
“To Kill a Mockingbird,” about racism and injustice in the American South, became an instant best-seller and has sold an estimated 40 million copies worldwide. It was also made into an Oscar-winning film starring Gregory Peck as Atticus Finch.
Lee’s home town of Monroeville, Alabama, is marking Tuesday’s publication by recreating a 1950s feel and organizing walking tours of the town that inspired the two novels. U.S. bookstores are holding readings and some are opening at midnight.
Lee, who suffered a stroke in 2007 and is reported to have difficulty seeing and hearing, is not expected to appear to promote the book.
The Wall Street Journal, which like HarperCollins is owned by News Corp, will publish an advance first chapter of “Watchman” on Friday, along with Britain’s Guardian newspaper. 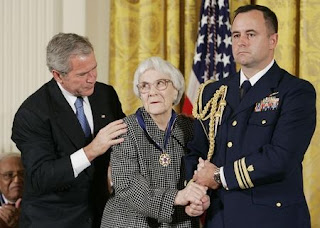 Oil rises on hopes for China,

China to provide Afghanistan with security equipment and training