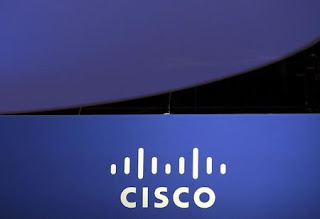 Cisco Systems Inc said on Tuesday it would buy OpenDNS, a privately held cloud-based security firm, for $635 million, the latest move to boost its security business as cyber attacks increase in number and sophistication.
Cisco has been buying a number of security companies, which has made its relatively tiny security business one of its fastest growing areas in the past two years.
OpenDNS uses predictive intelligence to block malware, botnets and phishing threats that antivirus and firewalls miss. Cisco was a minority investor and was one of the backers that invested $35 million in OpenDNS in May last year. (http://bit.ly/1KqDMjV)
When Cisco buys stakes in startups, it often receives defensive rights that give it an edge to acquire companies it has invested in ahead of competitors.
The acquisition of OpenDNS is Cisco’s first after it said in May that veteran sales executive Chuck Robbins would replace John Chambers as CEO in July.
“M&A will continue to be an important part of what we do,” said Hilton Romanski, Cisco’s chief technology & strategy officer, adding that the M&A strategy of being an active investor and potential acquirer will continue under Robbins.
The company, whose security business is known for its firewalls, expanded into intrusion detection and prevention systems with the $2.7 billion acquisition of Sourcefire in 2013.
“We’re going to continue to focus on deals that allow us to complement what we’ve done with Sourcefire in the area of intrusion prevention and we’ll continue to look at malware and other key verticals inside the security domain,” Romanski said in an interview.
The global cybersecurity market is estimated to grow to $170.21 billion by 2020 from $106.32 billion in 2015, according to market research firm MarketsandMarkets.
Cisco’s shares closed down 8 cents or 0.3 percent Tuesday.
Cisco, which has acquired dozens of companies over the years, is transitioning towards high-end switches and routers and investing in new products such as data analytics software and cloud-based tools for data centers.
It bought malware analysis company ThreatGRID in 2014 and security advisory firm Neohapsis this year.
San Francisco, California-based OpenDNS has partnerships with network gear makers such as Aruba Networks Inc and Netgear Inc as well as cybersecurity companies such as FireEye Inc .
The acquisition is expected to close in the first quarter of fiscal year 2016, Cisco said in a statement.