Share
Facebook Twitter LinkedIn StumbleUpon Tumblr Pinterest Reddit WhatsApp Telegram Share via Email Print
Share
By Nishant Kuma
For Rory Powe, running your own hedge fund wasn’t all it was cracked up to be. In 2014, after 12 years building his business, Powe, 52, moved with his Powe Capital Management fund to join Man Group , the world’s biggest listed hedge fund firm.
Driven by rising costs and mounting regulatory pressure, he is one of an increasing number of fund managers to abandon their own firms in Europe. Thirty three hedge funds have shut down so far this year – more than in Asia or the United States – on top of a record 370 last year, data from Eurekahedge showed.
While some will have retired, returned to banking or left the industry, others are following Powe and seeking an easier and less costly path to companies such as Man Group, BlueCrest, Millennium and Balyasny.
Unlike a traditional hedge fund led by one fund manager, such platforms host multiple managers under their existing brands and provide them trading infrastructure, legal, compliance and marketing support and in some cases capital.
Though technically an employee, such managers take a significant cut in the fees generated, with some platforms also allowing them to spin out at a later stage.
“I was becoming aware of the growing pressures of being on your own,” Powe told Reuters in an interview at Man Group’s Mayfair, London office, packed with dozens of traders deploying $82 billion in assets.
“You do give up the sense that you are totally independent, but I think I am going to perform better here, and I think I have got more scope to attract clients here than on my own.”
There is no industry-wide data on such hedge fund platforms but broadly three structures exit. Firms such as Millennium and BlueCrest give fund managers money to run and their returns feed into the main product that the hedge fund runs.
Others such as Man Group allow a fund manager to run their own individual strategies and retain their identity. In both cases fund managers get a cut from the fees generated.
A third type provides fund managers with just trading infrastructure and legal support at a cost to the manager.
By joining a platform, a manager has better access to his target companies and clients such as pensions and endowments given the platform’s existing relationships, and the services of bank prime brokers, many of whom are cutting services to smaller funds.
But it can also force a trader to change strategy to meet tougher risk controls, potentially hitting returns and any bonus check and they risk being cut off from clients who avoid big industry players due to their inability to negotiate fees.
“The difficulty with all of these things comes around economics and how much of what you see as your baby you are willing to give up to be part of something,” said Steve Clark, founder of Omni Partners, which manages nearly $1 billion.
MONEY ATTRACTS MONEY
Since the financial crisis, the top 11 percent of firms by size have gobbled up 92 percent of the industry’s $3 trillion assets globally, industry tracker Preqin data showed, starving smaller funds of capital.
At the same time, the cost to run a fund has shot up sharply in Europe, particularly after the introduction of the European Union’s flagship legislation governing hedge funds, the Alternative Investment Fund Managers Directive.
Citigroup estimated funds with $350 million or less in assets saw compliance costs rise 31 percent in 2014 and they may not turn profitable on just the standard management fee of 2 percent, separate from a performance fee of up to 20 percent.
So, with nearly three quarters of Europe’s hedge funds sub-$200 million in size, Eurekahedge has estimated, platforms are likely to see more managers look to join.
Man Group has tapped at least eight fund managers since the start of 2014 to run funds already launched or being planned. That’s up from four top hires in 2013 and three in 2012.
Hires include former Goldman Sachs trader Pierre-Henri Flamand, who managed $2 billion for his own firm Edoma, and former Perry Capital managing partner Himanshu Gulati, who joined in February to launch a fund later this year.
Elsewhere, BlueCrest has hired 30 teams under Christian Dalban for its equity fund, while Stephen Kirk, who left Lansdowne Partners last year, dropped a plan to launch his own firm in April and joined forces with a former colleague.
Smaller fund platform Privium, meanwhile, said assets have grown five times to near $1 billion since 2014 and the number of managers rise to 30 from 13.
For some though, the lack of independence and flexibility is too much and several high-profile managers have recently left.
BlueCrest let top trader Leda Braga leave with $9 billion in assets to set up Systematica, while David Warren took control of more than $5 billion he had previously managed for Brevan Howard. BlueCrest and Brevan both retained a stake.
For Powe, there’s no going back. The GLG Continental Europe fund he took over on Oct 1 last year returned 29 percent through the end of May, nearly three times the gains in its benchmark FTSE World Europe ex UK index, Lipper data showed.
His rebranded GLG Pan-European Growth Fund returned 73 percent between its launch in 2009 and before his decision to join Man Group, outperforming its benchmark’s 60 percent gain. Man Group declined to disclose recent performance.
“A lot of people enjoy still being on their own. They like having their name on the door. I sort of got over that,” Powe said. 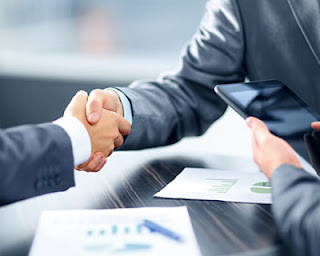