Share
Facebook Twitter LinkedIn StumbleUpon Tumblr Pinterest Reddit WhatsApp Telegram Share via Email Print
Share
Britain has pulled out agents from live operations in “hostile countries” after Russia and China cracked top-secret information contained in files leaked by former U.S. National Security Agency contractor Edward Snowden, the Sunday Times reported.
Security service MI6, which operates overseas and is tasked with defending British interests, has removed agents from certain countries, the newspaper said, citing unnamed officials at the office of British Prime Minister David Cameron, the Home Office (interior ministry) and security services.
Snowden downloaded more than 1.7 million secret files from security agencies in the United States and Britain in 2013, and leaked details about mass surveillance of phone and internet communications.
The United States wants Snowden to stand trial after he leaked classified documents, fled the country and was eventually granted asylum in Moscow in 2013.
He went to Russia via Hong Kong, and although he claimed in 2013 that the encrypted files remained secure, Britain believed both Russia and China had cracked documents which contain details that could allow British and American spies to be identified, the newspaper said, citing officials.
British Foreign Secretary Philip Hammond said Snowden had done a huge amount of damage to the West’s ability to protect its citizens.
“As to the specific allegations this morning, we never comment on operational intelligence matters so I’m not going to talk about what we have or haven’t done in order to mitigate the effect of the Snowden revelations, but nobody should be in any doubt that Edward Snowden has caused immense damage,” he told Sky News.
An official at Cameron’s office was quoted, however, as saying that there was “no evidence of anyone being harmed.” A spokeswoman at Cameron’s office declined to comment when contacted by Reuters.
A Home Office source told the newspaper that Russian President Vladimir Putin did not grant Snowden asylum for nothing.
“His documents were encrypted but they weren’t completely secure and we have now seen our agents and assets being targeted,” the source said.
A British intelligence source said Snowden had done “incalculable damage”.
“In some cases the agencies have been forced to intervene and lift their agents from operations to stop them being identified and killed,” the source was quoted as saying.
British security agencies declined to comment.
The Russian and Chinese governments were not immediately available for comment.
TIMING
The revelations about the impact of Snowden on intelligence operations comes days after Britain’s terrorism law watchdog said the rules governing the security services’ abilities to spy on the public needed to be overhauled.
Conservative lawmaker and former minister Andrew Mitchell said the timing of the report was “no accident”.
“There is a big debate going on,” he told BBC radio. “We are going to have legislation bought back to parliament (…) about the way in which individual liberty and privacy is invaded in the interest of collective national security.
“That’s a debate we certainly need to have.”
Cameron has promised a swathe of new security measures, including more powers to monitor Briton’s communications and online activity in what critics have dubbed a “snoopers’ charter”.
Britain’s terrorism laws reviewer David Anderson said on Thursday the current system was “undemocratic, unnecessary and – in the long run – intolerable”.
He called for new safeguards, including judges not ministers approving warrants for intrusive surveillance, and said there needed to be a compelling case for any extensions of powers. 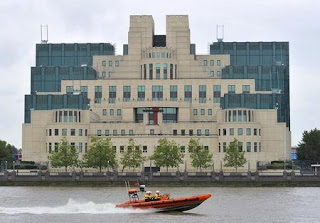