Share
Facebook Twitter LinkedIn StumbleUpon Tumblr Pinterest Reddit WhatsApp Telegram Share via Email Print
Share
Iceland is a land where magic happens. Magical people live there — and I don’t mean those Vikings roaming the streets of Reykjavik. (Although, for all you single ladies out there, yes, they are indeed magnificent.) If you don’t believe me about the magic, just ask an Icelander. According to one study, up to 72 percent of people in Iceland believe in elves, trolls, and the huldufolk, or “hidden people” — who apparently look just like us but live in a different dimension inside rocks, which open up (for them, not us) like a Harry Potter tent. I’m not making this up. This is really what people will tell you in Iceland. They will even tell you that stones which from a certain angle look like faces, are actually elves… like this one: 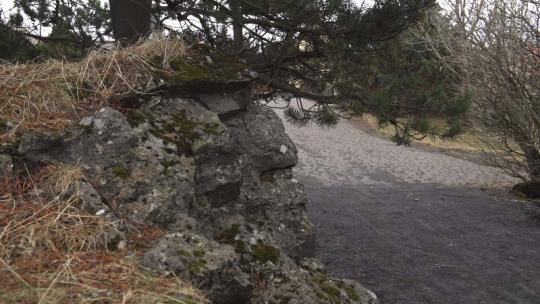 Can you see the face? It’s okay – I couldn’t at first either. Apparently this elf guards the Elf Park and doesn’t allow bad spirits in.
Elves, trolls and other sorts of creatures apparently wander all over Iceland – hidden to most human eyes – and hiding in plain sight.
Related: Iceland: It’s Magical, Cheap and … Free?

There are trolls on that there beach! No, really! You just can’t see them…
But every now and then, they will come out of hiding and even save human lives.
Icelandic Parliament member Árni Johnsen nearly died in a car accident in 2010 but claims he was saved by a family of elves living in a 30-ton boulder nearby. So, to thank them, he agreed to move their boulder onto his property, where they could live their lives in luxury and not off the side of a highway. True story.
Related: Iceland, the Most Magical Layover Ever – and Now It’s Free(ish)
So, if you are as obsessed as I am about all this, and if you want to know everything about these fairy people, stop by theHellisgerði Lava Park, aka the Elf Park, just outside of Reykjavik, and ask for Ragnhildur “Ragga” Jónsdóttir, the official caretaker of the elf park and unofficial elf spokeswoman. 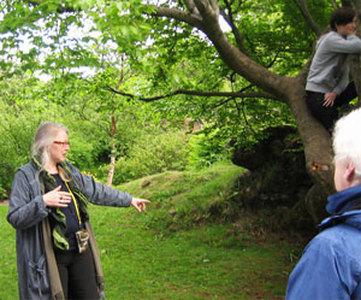 Ragga on an elf walk.