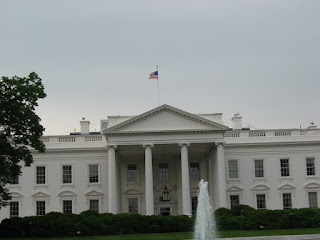 The U.S. Secret Service briefly cleared the White House briefing room on Tuesday after a bomb threat was phoned into local police, but officials said President Barack Obama was not moved during the resulting security sweep.
The briefing by spokesman Josh Earnest was interrupted by Secret Service agents as dogs were brought in to sniff the room, but reporters got the all-clear and were allowed to begin returning after about a 30-minute break.
Earnest said Obama was not moved during the evacuation of the briefing room, which is only steps from the Oval Office and the rest of the West Wing of the White House.
The threat specifically concerned the briefing room, and the evacuation did not affect other sections of the White House, the Secret Service said.
The immediate blocks around the White House, including Lafayette Square across Pennsylvania Avenue, were roped off and closed to tourists briefly, a Reuters witness said.
Earlier on Tuesday authorities investigated reports of suspicious packages and a telephoned bomb threat at two U.S. Senate buildings and found nothing hazardous.