Share
Facebook Twitter LinkedIn StumbleUpon Tumblr Pinterest Reddit WhatsApp Telegram Share via Email Print
Share
BRUSSELS (Reuters) – The European Union has suspended its mission to observe elections in Burundi because it cannot fulfil its role in a climate of media curbs and intimidation of the opposition, EU foreign policy chief Federica Mogherini said on Thursday.
Rights groups say at least 20 people have died in Burundi since protests broke out on April 26, a day after President Pierre Nkurunziza announced he would seek a third five-year term.
Noting that the head of the EU observer mission had reported serious problems with the election process, Mogherini said in a statement: “In these circumstances, the EU Election Observation Mission cannot fulfil its role and I have therefore decided … to suspend it.” 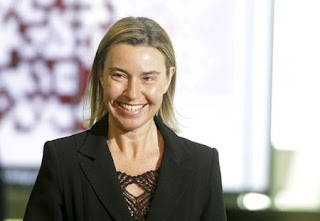