Share
Facebook Twitter LinkedIn StumbleUpon Tumblr Pinterest Reddit WhatsApp Telegram Share via Email Print
Share
DRESDEN, Germany (Reuters) – The head of the International Monetary Fund (IMF) said in a German television interview on Thursday that there was still a lot of work to do before Greece and its international lenders could clinch a cash-for-reforms deal.
“We are all in the process of working towards a solution for Greece and I would not say that we already have reached substantial results,” IMF Managing Director Christine Lagarde told ARD television in comments which were translated from English to German.
“Things have moved, but there is still a lot of work to do,” she noted, adding that she believed Greece would fulfill its commitments.
Greece and its EU/IMF lenders have been locked in tortuous negotiations on a reforms agreement for four months without a breakthrough in sight. Without a deal, Athens risks default or bankruptcy in weeks. 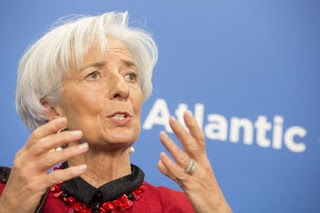