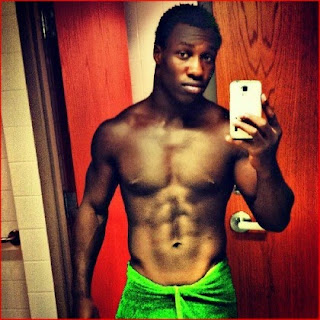 This afternoon, Michael Johnson was sentenced to at least 30 years in prison and may serve up to 60 years after being convicted on all five counts of infecting and exposing partners to HIV. If Johnson’s sentences are served concurrently he will serve 30 years; Buzzfeed News reports if his charges are served consecutively, he will serve 60 and a half years. The judge on his case, Judge Jon Cunningham will determine his official sentencing on July 13, 2015.
Former college wrestler, Michael Johnson who is believed to have infected over 30 people with HIV, faces life in prison. He was found guilty on Thursday, May 14, 2015 on one count of recklessly infecting a person with HIV, one count of attempting to recklessly infect a person with HIV and three counts of recklessly exposing partners to HIV. Johnson’s trial was three days long, according to Buzzfeed News and his mother, Tracy Johnson was in attendance along with his former partner, Dylan King Lemons. The two had unprotected sex during their relationship and Lemons believes he contracted the virus from Johnson. Lemons went to the police after he noticed Johnson had active profiles on several gay hookup apps and testified against him in court.
Missouri state law demands people who are diagnosed with HIV to disclose their status to their partners, regardless if they use protection or take medication. Johnson was diagnosed by the Missouri Department of Health with HIV on January 7, 2013. The day after Johnson received his status, he began having  unprotected sex with various partners on and in the surrounding area of his college campus. Only six of Johnson’s multiple partners came forward to charge him with knowingly infecting them with HIV and other STDs.
Original Report- January 20, 2014:
Unfortunately, infecting people with HIV is becoming an ongoing trend. Michael Johnson, a  22-year-old Lindenwood University student and wrestler who is HIV-positive, has been sleeping with men unprotected and filming it for months. Investigators believe he could have knowingly infected more that 30 people with the virus since October.
Police report 32 videos have been filmed on Johnson’s laptop and each flick showed him with a different sexual partner. Most of the films have been recorded in his dorm room without protection. The Daily News reports that Missouri’s St. Charles Police Department believes Johnson’s partners didn’t know Johnson has HIV nor did they know they were being filmed. St. Charles County prosecutor Tim Lohmar released a statement asking  Johnson’s partners to come forward, telling Missouri’s media outlet KMOV:

“It’s a matter not only of their individual safety but public safety as well.”

The St. Charles Police Department has been building their case against Johnson over a five-month period. Their investigation began when a man came forward, telling police he has been diagnosed with HIV and gonorrhea after engaging in sexual activity with Johnson