King was admitted to home hospice care this monthB.B. is short for Blues Boy, part of the name he used as a Memphis disc jockey
Riley B. King, the legendary guitarist known as B.B. King, whose velvety voice and staccato-picking style brought blues from the margins to the mainstream, died Thursday night.
He was 89.
His daughter, Patty King, said he died in Las Vegas, where he announced two weeks ago that he was in home hospice care after suffering from dehydration.
King of the blues
B.B. King, the Beale Street Blues
The Mississippi native’s reign as “king of the blues” lasted more than six decades and straddled two centuries, influencing a generation of rock and blues musicians, from Eric Clapton and Stevie Ray Vaughan, to Sheryl Crow and John Mayer.
His life was the subject of the documentary “B.B. King: The Life of Riley,” and the inspiration for the The B.B. King Museum and Delta Interpretive Center, which opened in 2008.
King’s enduring legacy came from his refusal to slow down even after cementing his status as an American music icon.
Even with a long list of honors to his name — Grammy Lifetime Achievement Award, Rock and Roll Hall of Fame induction, Presidential Medal of Freedom — he maintained a relentless touring schedule well into his 80s.
Throughout his career, King evolved with the times to incorporate contemporary trends and influences without straying from his Delta blues roots. Whether he was sharing the stage with U2 on “When Loves Comes to Town” — a scene memorialized in the 1988 concert film, “Rattle and Hum” — or playing in the East Room of the White House with Buddy Guy, Mick Jagger, Jeff Beck and others, King’s single-string guitar notes trilled with an unmistakable vibrato from his hollow-bodied Gibson affectionately known as Lucille.
Slowing down
King finally started showing signs of his age last year after decades of living with Type II diabetes.
A shaky show in St. Louis prompted his reps to issue an apology for “a performance that did not match Mr. King’s usual standard of excellence.” He fell ill in October after a show at Chicago’s House of Blues due to dehydration and exhaustion, prompting a rare cancellation of the remainder of his tour.
He was hospitalized for dehydration April in Las Vegas, a long way from his modest roots as the son of a sharecropper.
King was born on September 16, 1925, on a cotton plantation between Indianola and what is now Itta Bena, Mississippi. He sang with church choirs as a child and learned basic guitar chords from his uncle, a preacher. In his youth, he played on street corners for dimes, saying he earned more in one night singing on the corner than he did in one week working in the cotton field.
Beale Street Blues Boy
He enlisted in the Army during World War II but was released because he drove a tractor, an essential homefront occupation.
In 1947, he hitchhiked to Memphis, Tennessee, home to a thriving music scene that supported aspiring black performers. He stayed with his cousin Bukka White, one of the most celebrated blues performers of his time, who schooled King further in the art of the blues.
King took the Beale Street Blues Boy, or BB for short, as a disc jockey for radio station WDIA/AM Memphis.
He got his first big break in 1948 by performing on Sonny Boy Williamson’s radio program out of West Memphis, leading to steady engagements at the Sixteenth Avenue Grill in West Memphis, and a 10-minute spot on WDIA.
As “King’s Spot” grew in popularity on WDIA, King shortened “Beale Street Blues Boy” to “Blues Boy King,” and eventually B.B. King.
His ascent continued in 1949 with his first recordings, “Miss Martha King/Take a Swing with Me” and “How Do You Feel When Your Baby Packs Up and Goes/I’ve Got the Blues.” His first hit record “Three O’clock Blues” was released in 1951 and stayed on the top of the charts for four months.
Beloved Lucille
It was during this era that King first named his beloved guitar Lucille. In the mid-1950s, King was performing at a dance in Twist, Arkansas, when a few fans became unruly and started a fire. King ran out, forgetting his guitar, and risked his life to go back and get it. He later found out that two men fighting over a woman named Lucille knocked over a kerosene heater that started the fire. He named the guitar Lucille, “to remind myself never to do anything that foolish.”
King has used various models of Gibson guitars over the years and named them each Lucille. In the 1980s, Gibson officially dropped the model number ES-355 on the guitar King used and it became a custom-made signature model named Lucille, manufactured exclusively for the “King of the Blues.”
30 Grammy nominations
In 1970, he won his first Grammy, for Best R&B Vocal Performance Male for his trademark song, “The Thrill is Gone.” That same year, he debuted an all-blues show at Carnegie Hall and appeared on “The Ed Sullivan Show.”
Over the years, he racked up 30 Grammy nominations and 15 wins, including two in 2000: one along with Eric Clapton for Best Traditional Blues Album for “Riding with the King,” and another with Dr. John for Best Pop Collaboration with Vocals for “Is You Is, or Is You Ain’t (My Baby).”
His last was in February 2009 for Best Traditional Blues Album for “One Kind Favor” (2008). 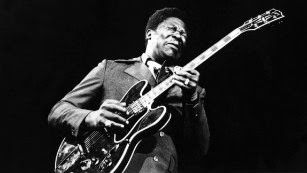 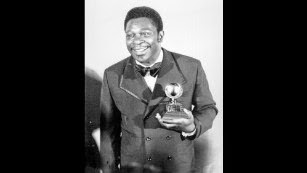 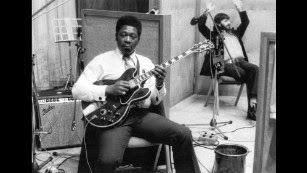 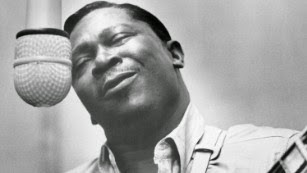 Federal Secretariat is on fire in Abuja